How to use BabylonJS in an Ionic Angular app

BabylonJS in an Ionic Angular app.

For anyone interested, it is posible to integrate BabylonJS in an Ionic/Cordova app in just a few easy steps. The following is just a narrative of how I did it, since it's been a trial and error thing probably there'll be a better way of doing it, when in doubt I've gone for simplicity rather than optimisation.

First, you need node/npm installed. For more on that look here.

Second, and quite obviously, a working Ionic environment. How to do this is very well documented by the Ionic people so, if you haven't done it before have a look there.

1) Start a new Ionic project, I used the blank template, which provides a basic scaffolding, and removed all unnecessary stuff.

2) Then, install BabylonJS within the project:

A couple things to remember:

3) Go to the last line of babylon.d.ts (in node_modules/babylonjs/dist) and type:

These last two steps will create the proper entry in the node_modules folder and will let you do:

wherever you need to.

4) Depending of what you intend to do in your app, other dependencies might be needed (e.g. cannon.js or hand.js) You could install them the same way as BabylonJS, but I just downloaded the javascript files, saved them in the www folder and referenced using script tags in index.html. However, this has a downside, the www folder is generated after transpiling, so you will need to add those javascript files manually.

5) After this I generated an Angular Provider, this is a singleton class that will wrap our BabylonJS Engine:

6) Another provider (ConfigProvider) is created to handle all necessary configuration variables. In this case it just contains the dice colors and texture for both dice.

Actually, when you look at it, a Provider is a regular typescript class, nothing really special apart from the @Injectable decorator, which tells Angular that this is a special class to be injected during the bootstrap process to make it available to the hierarchy of components that make an app.

7) The very basic configuration interface is an Ionic page showing the available options. Note the header, a basic Ionic component that handles the back button automatically.
All the values are stored in the Config service, that makes them available to any page that declares a dependency to the Config provider.

8) The Home page will contain the BabylonJS canvas. An Ionic page is basically an Angular component with some sugar added, mainly in the form of a few helpful life cycle hooks.
The whole scene is created here, note that we are using the two providers that were previously generated.
The ViewChild decorator is needed in order to have access to the canvas element, think of it as an Angular equivalent of good old 'document.getElementById' method.

A few notes on the code

The app itself is a very basic no frills dice roller, but there are a few things worth mentioning:

Integrating BabylonJS in an Ionic application was easier than it seemed at first, once you get to know a couple of thing of how Ionic/Angular 2 works. In fact, doing the same in an Ionic 1 app was easy too, but overall everything looks cleaner, more streamlined in the latest version.
However, despite the improvements introduced to Angular, the overhead of having both Ionic and BabylonJS together might make performance a bit sluggish. Maybe it's not the best way of implementing a pure 3d action packed game.
On the other hand, with Ionic you get things, like a very simple way of handling the user interface, navigation and storage out of the box, not to mention that, through Cordova, it's easy to build apps for any mobile platform, so it might be the way to go for less demanding apps.

Finally, this is how the app looks running on an actual Android 6.0 device: 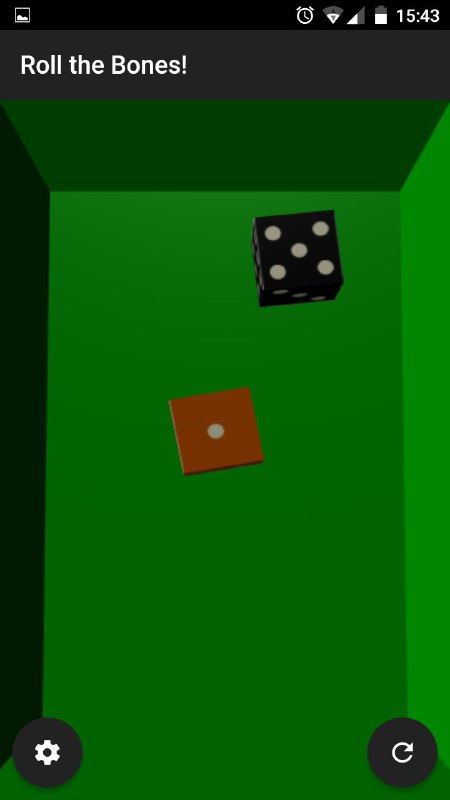 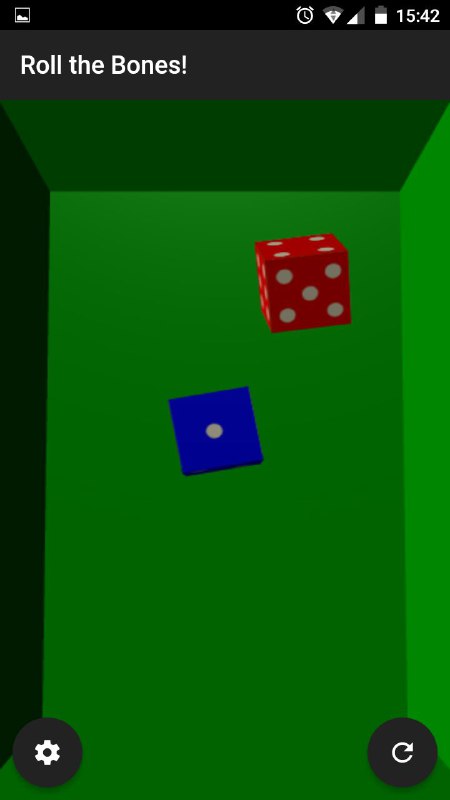 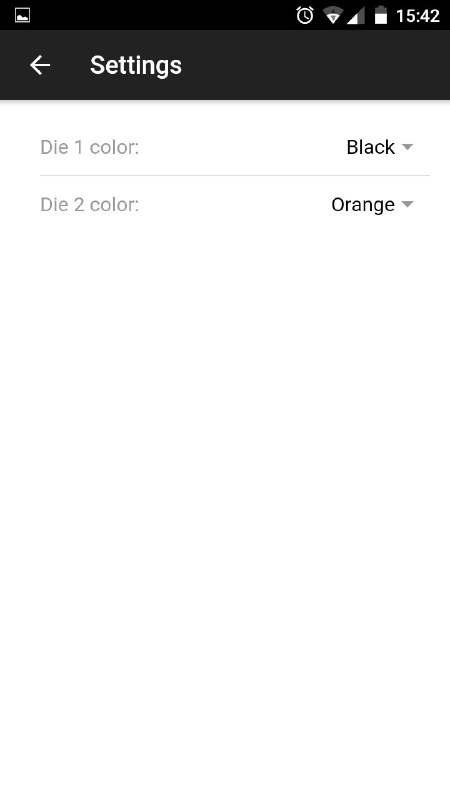