Use depth-of-field and other lens effects

How To Use Depth-of-field and other Lens Effects 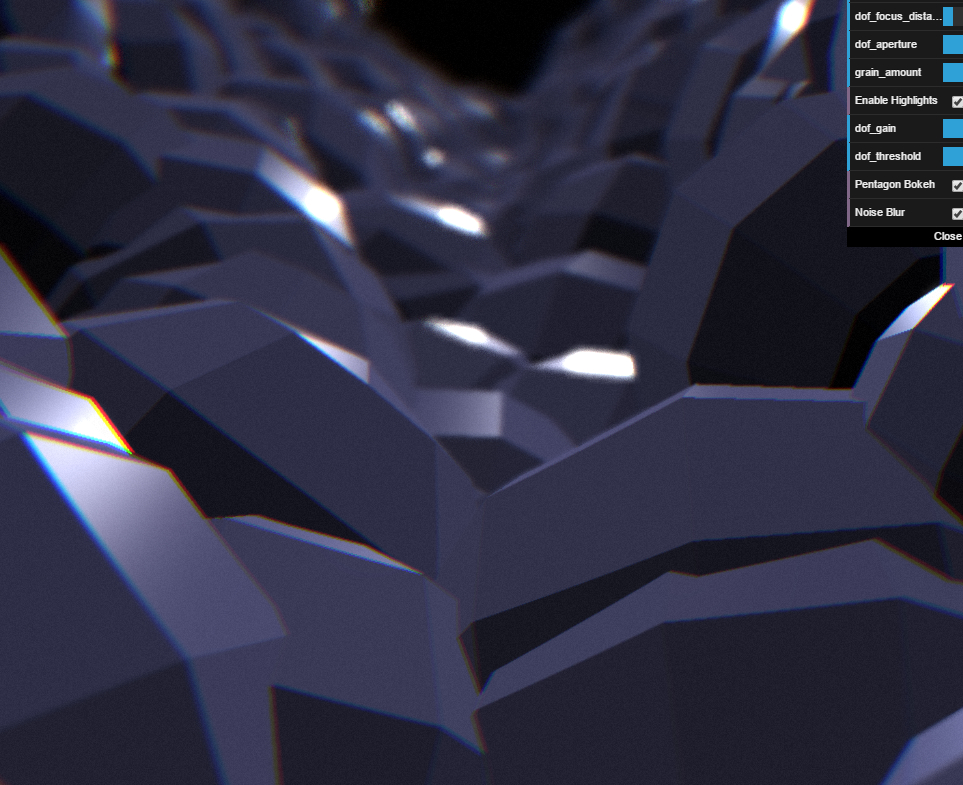 An example of what can be achieved with this postprocess pipeline.

You can see a live example of it here:

Three post-processes are used in the pipeline:

To use it, you must first define a set of parameters that will impact the actual post-processing performed. This is done by defining an object and setting the desired properties:

And then simply create the object with the parameters you've defined earlier, like so:

Note that in the above example, the pipeline is immediately attached to the camera, but this is not mandatory. You can also use it like this:

Here is a list of properties you may set on your parameters object:

The BABYLON.LensRenderingPipeline object created should be saved if you want to tweak the effects after its creation. This can be done with the following, self-explanatory methods:

A Word Of Advice

These effects are based on general approximations of real world optics phenomenons. As such, some situations may end up looking a bit off or even completely wrong. Tweaking the parameters (including on-the-fly adjustments) will allow you to mitigate these problems, for example by lowering aperture in situations where you know that blurred objects will not render correctly.

Keep in mind that the approximation used does not give good results when an object inside focus is rendered on top of a strongly blurred one, or the other way around. Bleeding around one object or the other will probably occur in this case.

Finally, these effects can be pretty intensive on the GPU. A lower blur effect (i.e. smaller blur radius) will be less demanding, so you can try to lower aperture instead of disabling it altogether. Highlight enhancing is also quite intensive, so be sure that this effect contribute to the quality of your render if you have it active.