This is just a little bonus content if you're curious as to how I went about designing the game assets and what resources I used!

Before I began any of the art asset creation, I used Pinterest to collect all of the resources I'd need. I had a bunch of different boards and made sure to save anything I thought could give me inspiration. 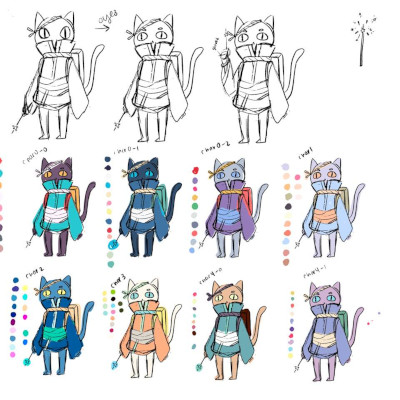 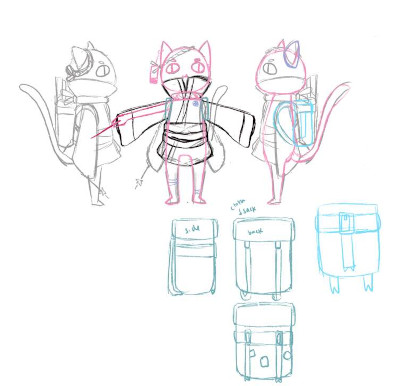 This is also where I started thinking about what color palette I wanted to use. Similar to the pixel-art games I usually make, I wanted to use a limited color palette to keep it consistent and bring everything together. Colors aren't usually my strength, so I just try to keep a set of colors I think work well together and go from there. This is where looking for color palettes on pinterest is really helpful.

This area was the most new to me, so I spent a lot of time learning through studying youtube tutorial and speed modeling videos. The most challening part of this would have been the character modeling + rigging process. I modeled and rigged it several times until I was satisfied with the final outcome.

The first time was to get a player model done for animation and movement testing. The main problem I had was with clipping. 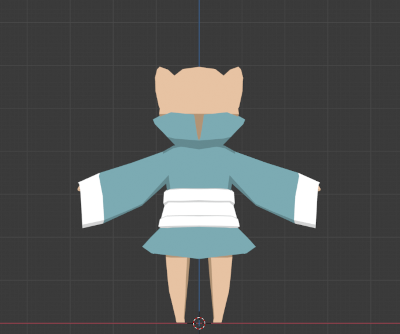 The second one, I had troubles with the animations after rigging, so I decided to restart the whole process since my model must have been messed up somewhere. I referenced a ton of different rigging videos. Here are some of the videos were particularly helpful:

The third one is the one that's in the game right now! In order to fix the clipping problem I had with the other models, I joined all of the separate meshes. This made coloring the model really difficult, and I had to go back and clean up the areas where they were joined to make sure there weren't too many extra vertices. The weight painting process took a while, but at this point I was starting to get familiar with the process. 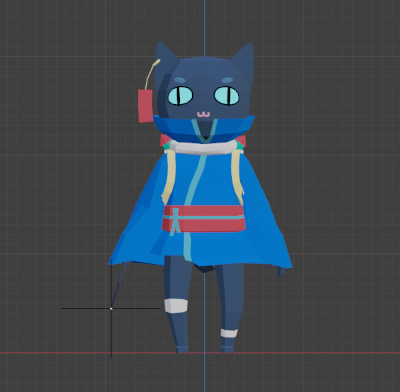 These are some of the tutorials I watched for the animation process:

Here are some of the youtubers I watched for inspiration on 3D Modeling environments!

I initially started out planning on using pixel art for all of the 2D assets, but I recently got this app called Procreate, so I wanted to try and see what I could do with it.

For the pixelart ui elements in the game, I used Aseprite with my wacom intuos drawing tablet, and for all of the other 2D art I used Procreate on my ipad air.

Procreate is really awesome to use, but I found that I had a lot of limitations when making the animations since I was limited to 25 layers which means I can only have a maximum of 25 frames if all of the lineart + coloring for each frame was done on one layer. Ultimately, I could only get to a max of about 12 frames for 1 animation. I use a lot of layers to keep things separate in case I need to change or move them later, especially since I had a few different elements that were going to be animated.

Both of these are paid programs, however there are free alteratives for each that I have used before:

This is the pixel font I used for the dialogue. I always use this one for 2D games!
Pixel font: m5x7 by Daniel Linssen

I wasn't able to get into sound development, but I have a list of different resources that include some free sound resources as well as some sites that let you experiment with music!

If you're curious as to what songs and sound effects I used in the game: