How to use Thin Instances

Starting with Babylon.js v4.2, thin intances are a new feature of meshes.

As explained in How To Use Instances, instances are an excellent way to use hardware accelerated rendering to draw a huge number of identical meshes.

However, regular instances still have a performance penalty on the javascript side because each instance is its own object (InstancedMesh): if you have 10000 instances in your scene, the engine must loop over all those objects to make a number of processing (visibility check, etc).

Thin instances don't create new objects so you don't incur any penalty on the javascript side by having thousands of them. This performance increase does come with a cost:

Thin instances should be used when you need a lot of static instances that you know won't change often / at all. Think of the seats of a stadium, for eg.

So, regular instances may still be the way to go, depending on your scene: if you have a lot of objects scattered and only a few are visible in a frame, or if you must add/remove instances continuously, it may be better to use instances than thin instances.

A thin instance is represented by a position/rotation/scaling data packed into a matrix.

The easiest way to create a thin instance is by doing:

You can also pass an array of matrices to thinInstanceAdd if you want to create multiple thin instances at once.

Note that sphere itself is not rendered. If you want to render it, use thinInstanceAddSelf():

These methods return an index that you can use to reference the thin instance.

For example, you can update a thin instance afterwards:

Those 3 methods take an additional refresh parameter (true by default) that allows you to block the buffer refresh mechanism to save performances: if you must use those methods multiple times, pass false for all calls except for the last one.

The bounding info of the mesh is recomputed each time you call these methods to encompass all the thin instances (except if you set doNotSyncBoundingInfo to true). You can also refresh explicitely the bounding info by calling thinInstanceRefreshBoundingInfo.

As for regular instances, you can add custom attributes to thin instances.

To do so, register the attribute and set the value(s) for the thin instance(s):

As the thin instance indexes are really indexes into the underlying buffer, you can set the values for several thin instances at once:

You can get or set the number of thin instances to display through the thinInstanceCount property.

Note that you can't set a number that is higher than what the underlying buffer can handle!

Set the number to 0 to bypass the thin instance rendering and render the mesh as usual.

To get the most of the thin instance support, you can directly pass the pre-built buffer of matrices / custom attributes:

If you have a lot of thin instances to create, it could be a lot faster than calling thinInstanceAdd / thinInstanceSetAttributeAt. Also, you can allocate a bigger buffer than what you really need at start and play with the thinInstanceCount property to adjust the number of instances to display during the course of your program.

Note that you don't need to call thinInstanceRegisterAttribute if you set a custom attribute buffer by calling thinInstanceSetBuffer.

If you update the buffers you passed to thinInstanceSetBuffer, you must call thinInstanceBufferUpdated for the changes to take effect.

To gain some performances, you can flag the buffers as static, meaning you won't change them later on. This way, the system can apply some optimizations to your buffers.

To do so, pass true for the 4th parameter of thinInstanceSetBuffer: 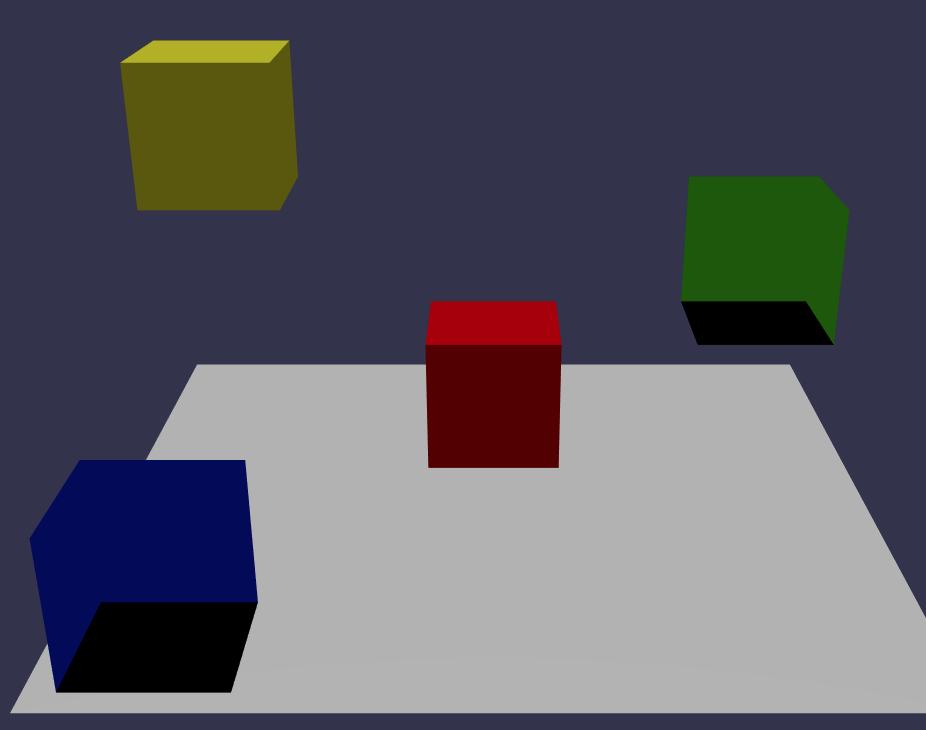 The green and blue cubes are not rendered correctly because they have a -1 scale for the X direction, making the determinant of their matrix negative.

To correct the problem, create another mesh, add the green/blue instances to that mesh (and remove them from the first mesh!) and set the side orientation of the material of that mesh to be Clockwise (by default, it is Counter clockwise): 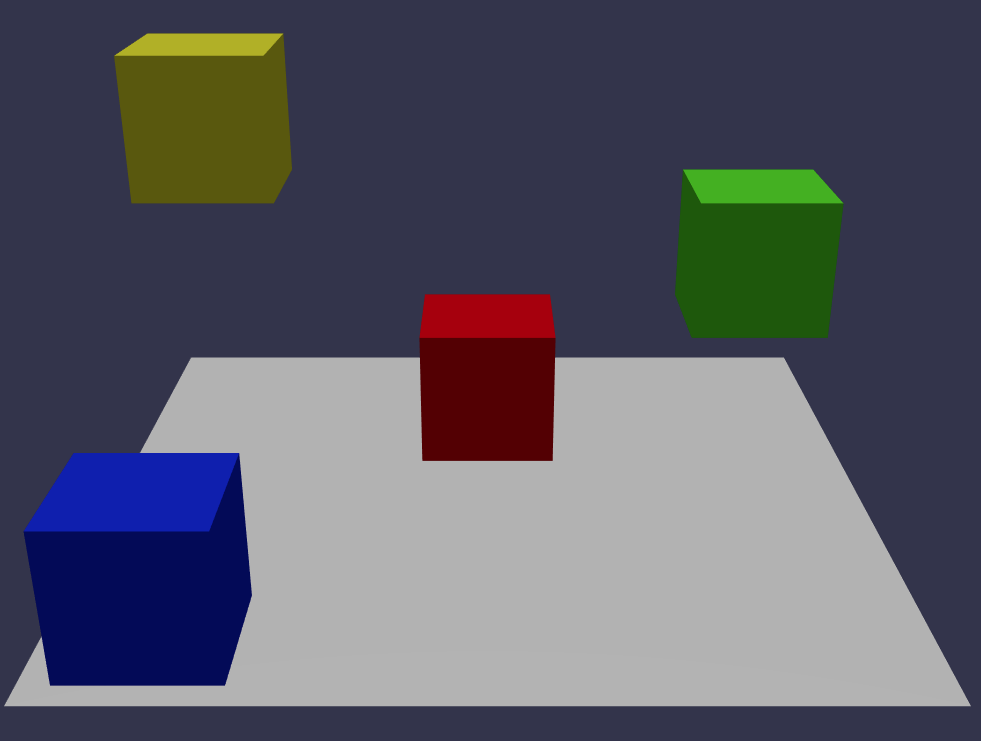 How To Use Instances